Below are a few pictures that I have taken on my cell phone over the past few weeks that I thought I’d share:
This first picture is of a sign that says using your cell phone in an elevator is dangerous to your health. I find it disturbing for several reasons. Firstly, why and how does someone know that and why did no one tell me that in America. Maybe it has to do with the geography or signal strength in this country. Also, I am now concerned as to how bad cell phones may actually be for your health. In a country where way too many people smoke, tons of people ride around on mopeds and motorcycles as the other Israelis drive like maniacs fleeing a psychiatric ward, there is limited fear of hitchhiking and picking up hitchhikers, and everyone serves in the army or national service, the fact that there is a sign warning me about the health impacts of a cell phone in an elevator makes me think it is really bad. Israelis laugh at dangers and scoff at fears, yet cell phones in an elevator – that is serious business. 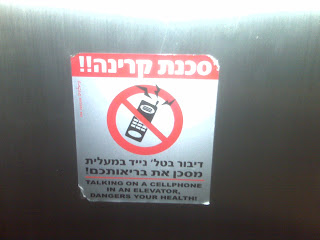 These next pictures were taken in the makolet, the Israel equivalent to a bodega or mini-market, around the corner from my office. In the drink cooler, they have a variety of soft drinks: coke, diet coke, coke zero, sprite, diet sprite – you get the picture, then they have a selection of beers, similar to what one would find at a bodega, and then they have chilled 20 oz bottles and cup size containers with tin foil lids of vodka. This seemed a bit ridiculous to me. Who is walking down the street, goes into a mini market for some chips and decides that they also need a single service portion of vodka? I don’t know but as soon as my conversational Hebrew reaches the point that I can intelligently ask, I plan to. In the meantime, fear not - it's between the Bacardi Breezers and the Master Cafe coffee drinks. 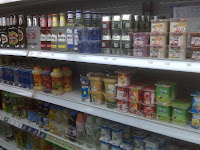 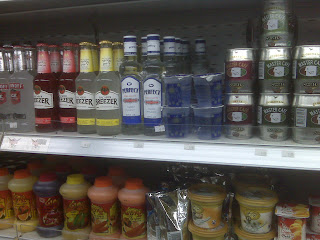 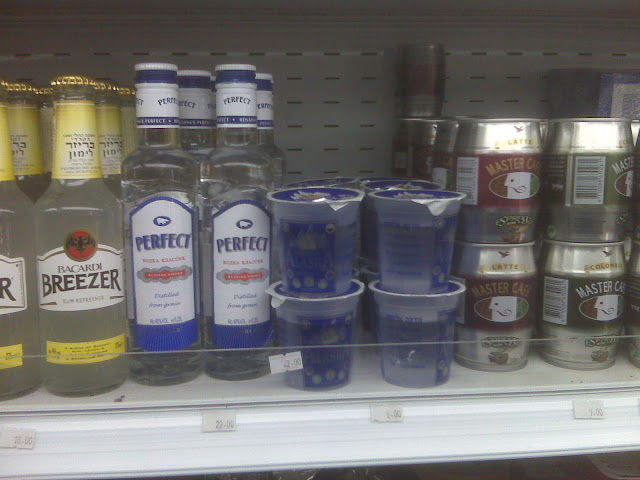 The picture below was taken at the Ben Gurion airport when I met Atara and Daniel upon their arrival. In a country where people don’t listen to directions and a sign or even a rope is not enough, this is how you convey the message “Do not use the urinals” to bathroom patrons. 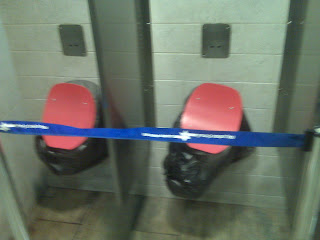 These are Marzipan rugelach – they are famous among American toursists for being delicious and borderline raw. They are super sweet, gooey and awesome. However, I must say that they are not my favorites – after 3, they make me feel ill. Not that I am eating rugelach so often on in mass quantities, but I generally don’t go for the Marzipan. More of a Ne’eman (another bakery chain) guy myself. 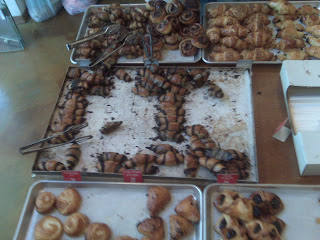 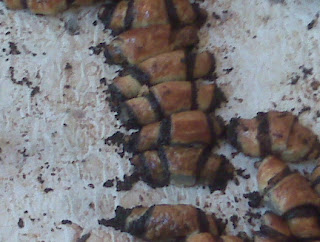 Posted by Oracle of Jerusalem at 2:17 PM